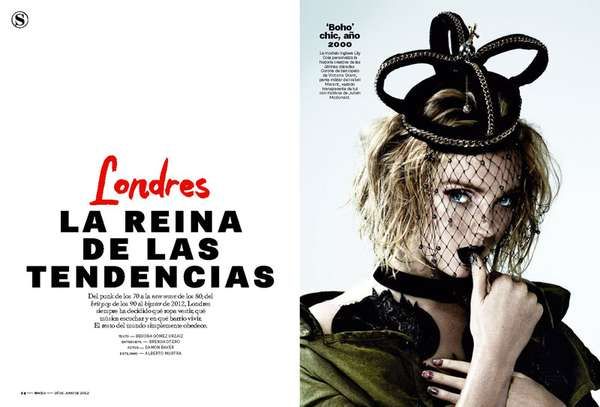 Meghan Young — June 18, 2012 — Fashion
References: smoda.elpais & fashiongonerogue
Share on Facebook Share on Twitter Share on LinkedIn Share on Pinterest
The S Moda 'La Reina De Las Tendencias' cover shoot, which means 'Queen of Trends' in Spanish, may be very regal, but in a very grungy manner. A cocktail of punk, tribal and the quintessential British ingredients, the outfits will make people feel a bit heady--in a good way. Shot in studio against a basic backdrop, the ensembles are given their due by garnering all the attention.