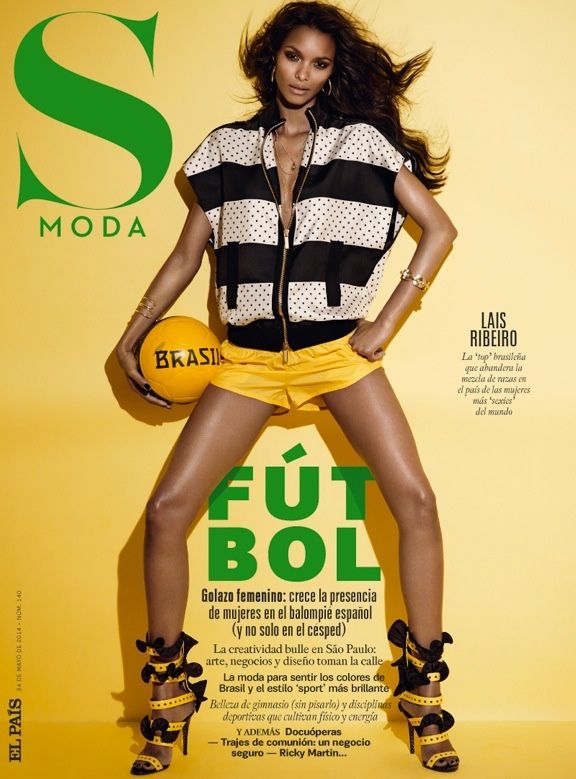 Meghan Young — May 28, 2014 — Fashion
References: smoda.elpais & fashiongonerogue
Share on Facebook Share on Twitter Share on LinkedIn Share on Pinterest
The S Moda 'Brasil' cover shoot will get people in the mood for the World Cup. That is, those whose first choice sport doesn't happen to be soccer. How could anyone resist the call of such an event when a beauty like model Lais Ribeiro is captured celebrating the international sport as well? It doesn't hurt that the country continues to enlist its models, which happen to be some of the most successful ones in the industry, to promote the event.