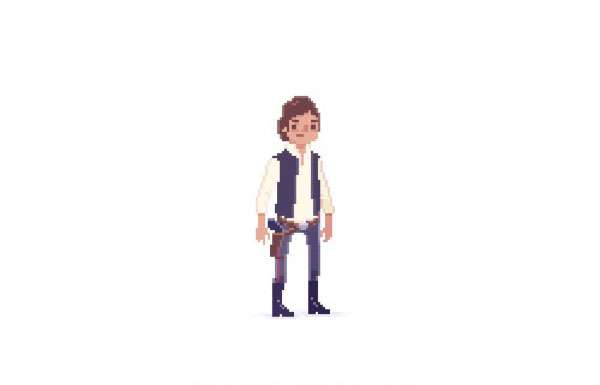 Jason Soy — February 25, 2012 — Pop Culture
References: ryan-a & blog.thaeger
Share on Facebook Share on Twitter Share on LinkedIn Share on Pinterest
Star Wars pixel art is popping up everywhere on the Internet, so Ryan Andrews thought he’d give it a shot as well. Lucky for viewers, the talented illustrator captures the essence of Han Solo, Luke Skywalker, Obi-Wan Kenobi, Chewbacca, C-3PO and R2-D2 better than most artists do.

Ryan Andrews’ pixel versions of the George Lucas characters are actually rather detailed in comparison to other minimalist renditions of the sci-fi heroes. Certain areas are outlined with darker hued colors, giving his images a pseudo cel-shaded look. Andrews’ renditions also stand out due to the button noses on the human characters, as well as having an overall more stylize look. Andrews’ Chewbacca, in particular, looks as though he’d be fun to have around at parties rather than his usually intimidating self.
1.2
Score
Popularity
Activity
Freshness
Access Advisory Services