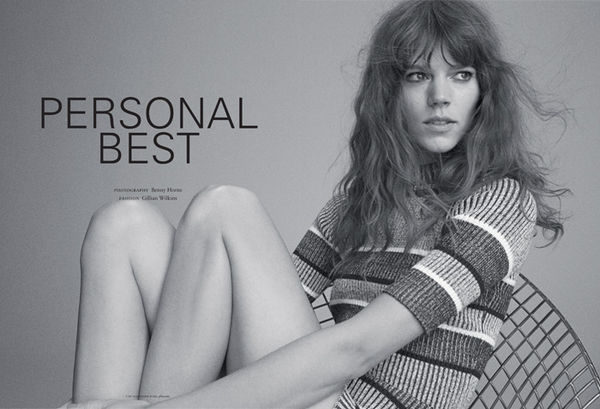 Meghan Young — May 31, 2014 — Fashion
References: russhmagazine & models
Following an inspirational theme incapsulated by a short but sweet statement, 'Go your own way,' the Russh Magazine June/July 2014 cover shoot focuses on understated femininity that doesn't over think fashion and style. Instead, it focuses on an effortless elegance that comes more from the model's easy mannerisms rather than the wardrobe itself.

The Russh Magazine June/July 2014 cover shoot, which is titled 'Personal Best,' was shot by photographer Benny Horne. It stars model Freja Beha Erichsen. The brunette beauty was styled by fashion editor Gillian Wilkins, who clad her in everything from fitted sweaters and crop tops to pencil skirts and loose denim. Honest and upbeat, the photoshoot concentrates as much on her smiley personality as it does on the sophisticated outfits.
5
Score
Popularity
Activity
Freshness