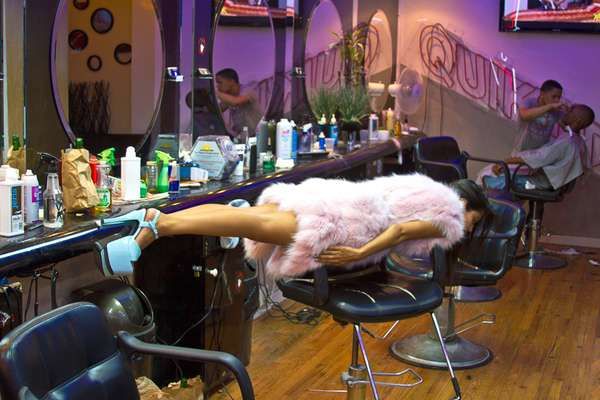 A model wearing Missoni and Givenchy levitates above a salon chair, another swings suspended in McQueen Wedges and a Givenchy skirt while another floats above a Mercedes in a Mario Schwab puffer jacket and Victoria’s Secret underwear.

Planking began as an Internet craze several years ago when bloggers began photographing themselves laying flat as a board in unusual and difficult locations. The more difficult and odd the location, the better the planking. In the DIS Magazine Plank Girl editorial, Toro takes planking to a whole new level, moving the Internet craze into the world of fashion photography.
6.5
Score
Popularity
Activity
Freshness
Attend Future Festival