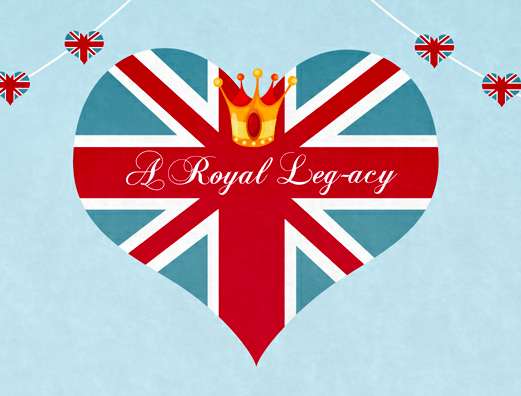 Jennifer Gosnell — June 4, 2012 — Fashion
References: pureinfographics & visual.ly
Share on Facebook Share on Twitter Share on LinkedIn Share on Pinterest
Dutchess Kate Middleton, wife of Prince William, Duke of Cambridge, has inspired another new fad outlined in the 'Royal Leg-acy' infographic: nude hosiery. Surprising, yet true, the emerging obsession has even been documented economically. The market for nude tights has reportedly increased for some brands a shocking 92% since the royal nuptials.

It's no secret that her wedding gown, designer duds, and overall stylishly chic appearance has been the inspiration for many a girl out there looking to find a prince of their own. However, the fact that she is influencing tight consumption is quite the feat. Since the Buckingham Palace has stipulated that sheer hosiery is a must to be within the British kingdom, this style was embraced by Kate both on and off the royal grounds.
4.1
Score
Popularity
Activity
Freshness
Attend Future Festival Virtual