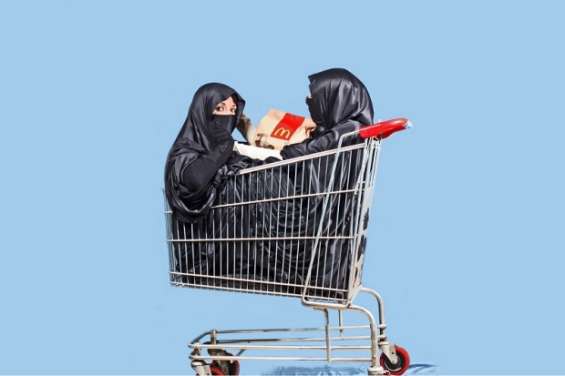 Romulo Sans Comments on Disparate Lifestyles Around the World

Meghan Young — June 18, 2013 — Naughty
References: sansinmedia & beautifuldecay
Share on Facebook Share on Twitter Share on LinkedIn Share on Pinterest
Blending political and culture iconography from both Western and Eastern societies, Romulo Sans, a photographer who splits his time between his hometown of Barcelona, Spain, and his adopted city, New York, comments on the constant tug and pull between the two. As the world becomes smaller, it is interesting to observe the similarities that arise, the differences that hold and struggles that reside in between the two extremes.

Through photography, Romulo Sans addresses such issues as dominance, passivity, aggression, capitalism and sexuality. From rigged bottles of Chanel perfume to a map made out of naked bodies, Romulo Sans’ work can be considered controversial. Nevertheless, he treads into touchy territories carefully. By doing so, he creates a better environment for reflection and thought.