Rollerblading in the Buff 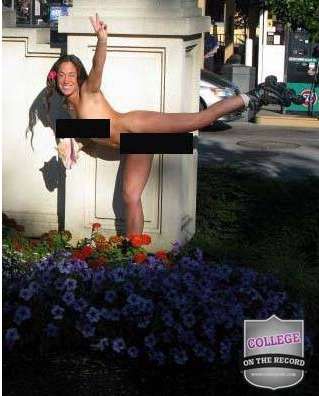 Whether construction workers called due to being offended by a naked woman on inline skates (figure the odds) or because they feared for Earth Friend Gen’s safety and well-being (somewhat believable) is debatable.

Gennifer Moss is no stranger to nudity, she bike rides in the buff too.  Due to Oregon allowing nudity on occasion, Earth Friend Gen has quite a following, so much that one could call her a non-celeb, celebrity.

Finding pictures of Earth Friend Gen fully clothed was hard; the only ones are of her donning a bikini after the complaints of skating nude (notice she has a sign promoting Ecomoto - how cool) and a snapshot of a video she has on her site just before she strips down at Wahkeena Falls.
5.1
Score
Popularity
Activity
Freshness
Get Better and Faster