Robots could sense shapes with whiskers 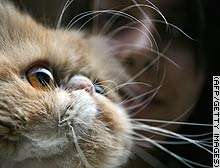 They developed an array of robotic whiskers that move in any pattern over an object just as they do on living creatures.

"We constructed an array of whiskers that rely on sensing only at the base. As the whiskers move over an object, we can then figure out the object's three dimensional properties," said Professor Mitra Hartmann, of Northwestern University in Evanston, Illinois.

"Or instead of the whiskers moving, a fluid can flow against the whiskers and we can figure out the direction and speed of the fluid at different points of the flow," the expert on biomedical and mechanical engineering added in an interview.