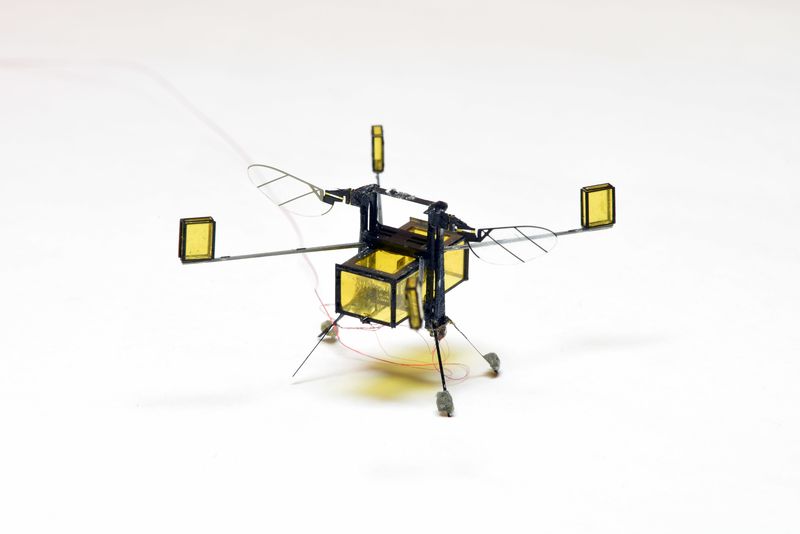 Harvard's RoboBee Microrobot Dives Between the Air and the Water

Joey Haar — October 27, 2017 — Tech
References: seas.harvard.edu & techcrunch
Share on Facebook Share on Twitter Share on LinkedIn Share on Pinterest
Harvard has designed many different 'RoboBees', or tiny flying robots, in the past, but the latest RoboBee microrobot might be the most impressive yet. The millimeter-sized bot can both swim in water and fly through the air, but the kicker is that it can dive between the two seamlessly thanks to an ingenious propulsion system.

Robots that both fly and swim aren't new, but they typically have trouble transitioning from one medium to the other — a challenge only exacerbated when the machine is the size of Harvard's RoboBee microrobot.

The specific issue is that the weight of water clinging to the bot is proportionally immense, making it difficult to gather the energy necessary for takeoff. The researchers behind the project solved the problem by using the energy latent in water itself. The RoboBee is embedded with an electrolytic plate that turns the water on the bot into hydrogen and oxygen, and it then burns those elements as fuel.
4
Score
Popularity
Activity
Freshness
Get Trend Hunter Dashboard