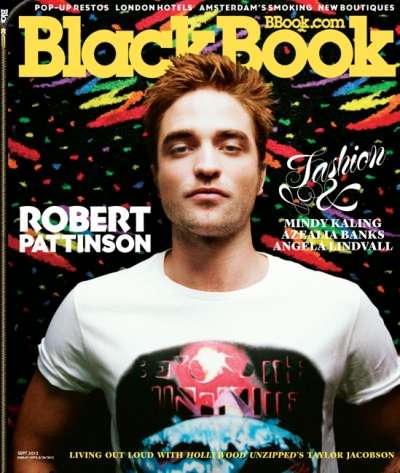 This series will be featured in the September 2012 issue, and it shows a number of stylish ready-to-wear outfits that are perfect for the upcoming fall season. Robert is captured with black graffiti across his arms that gives him a playful, youth-inspired look.

BlackBook is a media corporation based in New York City, which focuses on the latest in pop culture, fashion and politics. BlackBook acts as a guide for young urban adults for what is relevant in restaurants, nightlife, entertainment, fashion and more. BlackBook provides the latest in the top cities in the United States and around the world.