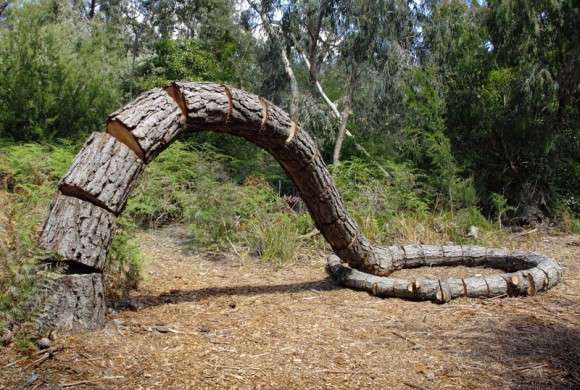 Robbie Rowlands' Art of the Ordinary Exhibit is Entirely Destructive

Meghan Young — April 22, 2011 — Art & Design
References: robbierowlands.au & whitezine
Share on Facebook Share on Twitter Share on LinkedIn Share on Pinterest
I may have seen destructive pieces of art before, but I don't think I've ever seen something so simply sabotaged like the objects featured in Robbie Rowlands' latest solo exhibit, which is aptly titled Art of the Ordinary. Held in the Arc One Gallery during the month of February this year, Art of the Ordinary features everyday objects that have been destroyed in one way or another.

Based in Melbourne, Australia, Robbie Rowlands reinterprets his surroundings from walls to trees and chairs with slight--and sometimes, not so slight--tweaks. Although I really like the simple stripping of the wall and floor boards, as though pulled back with a giant peeler, I'm totally enamored with Robbie Rowlands' sliced and diced objects such as the tree and water tank.
5.6
Score
Popularity
Activity
Freshness
Access Advisory Services

Creepy Hair Caves
The Hair Museum of Avanos Features Samples from Over 16,000 Women