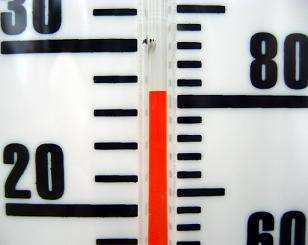 That could be done with motion sensors, but it would still cost too much for the average person. Shwetal Patel and his colleagues at the Georgia Institute of Technology, US have come up with a much cheaper alternative by simple modifications of a home's existing heating, ventilation and air-conditioning (HVAC) system.

The flow of cool air through the ducts in an empty house remains in a stable state. But the airflow is disturbed if a person is present, say opening and shutting doors. These small disturbances in the air flow can be tracked by placing five air-pressure sensors in the filter of the HVAC system. Once the software is â€œtrainedâ€ it can tell from the differential data coming from each of the sensors, which particular door was active 75-80% of the time. Not only can it tell which door was active but also when you walk through that door (60-75% of the time).

This development could also make the house HVAC system a potential burglar alarm without having to buy a separate system.
1.9
Score
Popularity
Activity
Freshness
Get Better and Faster

Durable Dyneema Outerwear
The Vollebak Indestructible Jacket Has Over 35,000 Stitches