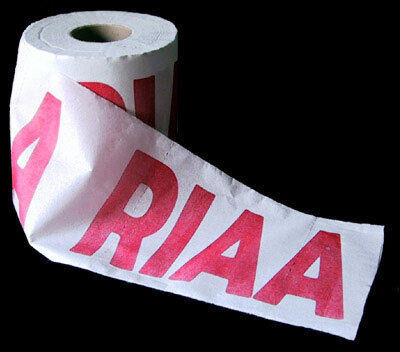 Jeremy Gutsche — October 5, 2007 — Tech
References: news
Share on Facebook Share on Twitter Share on LinkedIn Share on Pinterest
In what is being regarded as a key decision, the RIAA has won a $220,000 lawsuit against a young woman. The woman, Jammie Thomas, 30, was accused of sharing 24 specific songs. Note that she had 1,700 songs on her computer, but the RIAA case was focused on just a couple dozen..

Two facts set this case apart from previous RIAA lawsuits. First, unlike previous settlements which were typically $10,000 total, this case was for $9,250 per song. The second fact is that this case went in front of the jury. I guess none of the jury members have an ipod.

The Legal Director for the Electronic Frontier Foundation (EFF), Cindy Cohn, called the verdict "heartbreaking". She told CNET, "The laws were written for pirates, guys pressing scores of DVDs. I think this judgment is a clear indication that damages for copyright laws need to be adjusted to reflect today's reality. A mom in her home isn't the same as a pirate, but the copyright law doesn't see any difference."

The RIAA lawyers were unsympathetic, noting that the woman, "found lawyers who tried to make her the Joan of Arc of illegal downloading, and are they going to write the check."

In an *unrelated* story, I found this picture of RIAA Toilet Paper, which is an interesting demonstration of web sentiment towards the organization.
2.4
Score
Popularity
Activity
Freshness
View Innovation Webinars