45 Gifts for Aspiring Chefs
Next
Set of
Related
Ideas 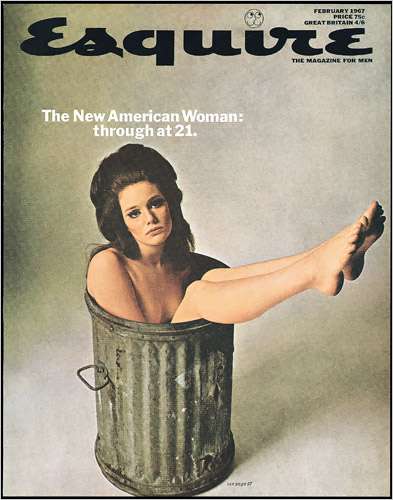 Bianca — April 28, 2008 — Pop Culture
References: nytimes
Share on Facebook Share on Twitter Share on LinkedIn Share on Pinterest
For 10 years, George Lois was the photographer responsible for every single cover of Esquire Magazine. From 1962 to 1972, the talented photographer created an array of different covers, 92 to be exact. "Many of Mr. Lois's covers were controversial, not so say irreverent or deliberately provocative," the New York Times says.

31 of these covers are currently on display at the Museum of Modern Art, an exhibition that opened this Friday. "There on the wall, neatly mounted instead of just torn out and stuck up with tape, are Tricky Dick having lipstick applied, L.B.J. holding a Hubert Humphrey dummy, Andy Warhol drowning in a Campbell's soup can, Muhammad Ali posing as St. Sebastian and a grinning Lt. William Calley, the leader of the massacre at My Lai, with four Vietnamese children," the NY Times says. Lois is the man behind the chimpanzee Xerox ads and worked on projects for Lean Cuisine, Maypo, MTV and created VW's "Think Small" campaign.
1.5
Score
Popularity
Activity
Freshness
Access Advisory Services