New TVs Made of Old TVs 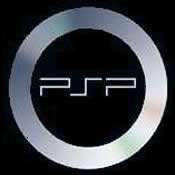 Nika Kubiak — April 29, 2009 — Tech
References: 1up
Share on Facebook Share on Twitter Share on LinkedIn Share on Pinterest
With Electronic Entertainment Expo coming up in June in Los Angeles, speculations resurfaced about the new and improved PSP hardware by Sony. For now, it’s unofficial word of the mouth from one of the sources directly involved with the new system.

What is in store for gamers? Revamping hardware will include a d-pad, analog nub and face buttons as part of a sliding unit sticking out below the screen. One of main components UMD (universal media disc) is out. The public was skeptical about it from the get go and the new system options are two SKUs (stock keeping units), with either 8GB or 16 GB of built-in flash memory and without a second analog stick, but remaining with the current control configuration.

If Sony will go official with new PSP news during its E3 press conference, the public should expect the system for release in Japan this September. Its U.S. debut will come around October, or November. Sony stated it "does not comment on rumors or speculation."

With ever growing competition on the electronic gadget market, I am sure we are going to hear about many improvements coming from Sony at next month's expo.
3
Score
Popularity
Activity
Freshness
Get Trend Hunter Dashboard