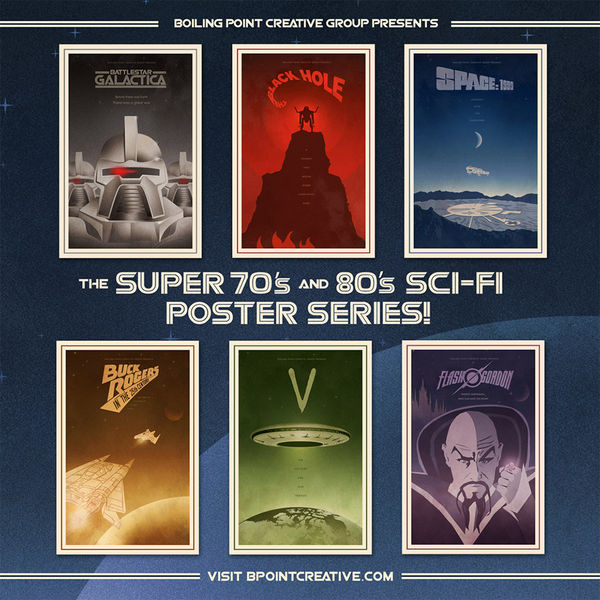 Angela Rajic — February 4, 2014 — Pop Culture
References: bpointcreative & mightymega
Boiling Point Creative has released a series of fabulous retro film art prints inspired by cult classic science fiction movies and miniseries from the 70s and 80s. There are posters for films such as the originals V and Battle Star Galactica, which has a very menacing robot glaring out from the center of the print. There are also posters for Buck Rodgers, Flash Gordon and Black Hole.

While not at the forefront of Science Fiction film, these cult movies still hold an important place in film history and have many fans. Some of these films saw new life as dramatic TV shows, including V and Battle Star Galactica, while others are fondly remembered for their fun campy quality and silliness. This collection of retro film art is a delightful tribute to these fum films and franchises.