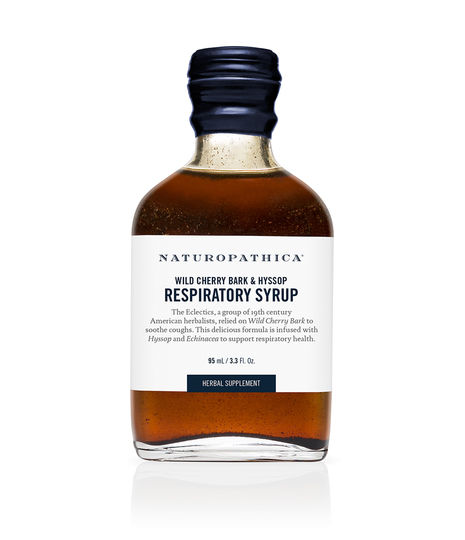 Laura McQuarrie — November 22, 2017 — Lifestyle
References: naturopathica
Share on Facebook Share on Twitter Share on LinkedIn Share on Pinterest
There are plenty of respiratory syrups on the market that are designed to soothe sore throats, coughs and colds but are packed full of sugar, sodium, alcohol, fructose, dyes and other unnatural ingredients that induce undesirable side effects. As an alternative to this, Naturopathica created a natural remedy that draws upon practices from The Eclectics, a group of 19th century American herbalists. This group favored native North American wild cherry bark for soothing coughs and lung problems due to its anti-inflammatory, drying and astringent properties.

In the Wild Cherry Bark & Hyssop Syrup from Naturopathica, other warming, stimulating and antiseptic herbs are integrated for their ability to support the respiratory system against a variety of ailments. Both children and adults are fit to use the respiratory syrup as directed by Naturopathica.
2
Score
Popularity
Activity
Freshness
View Innovation Webinars