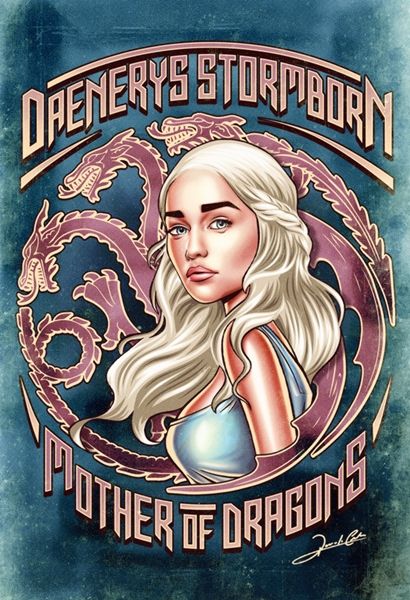 Alyson Wyers — June 11, 2014 — Pop Culture
References: renatoartes.wordpress & designtaxi
Based out of Brazil, Renato Cunha illustrated pop culture portraits that really stand out. The eye-catching poster style drawings feature a number of pop culture characters across television, film and music. From older icons like Mia Wallace in Pulp Fiction to new crazes such as Daenerys Targaryen from the massively popular HBO show Game of Thrones, a large variety of figures are included.

Renato Cunha's colorful illustrations feature the character or celebrity as well as a catchphrase or pop culture reference. For example, Hermione Granger from the Harry Potter series is brandishing a wand with the incantation 'stupefy' above her head. Likewise, the poster of Daft Punk has the phrase 'Get Lucky' but their band name is not included, just their characteristic robot helmets and silhouettes of the band members.
2.4
Score
Popularity
Activity
Freshness