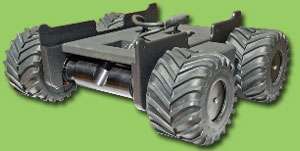 With the Micron Echosounder, Scanning Sonar, Crawler Skid, BlueView ProViewer 2D Imaging Sonar, Micron Nav Positioning System, Color Zoom Camera, and Laser Scaling, among others, it can do a variety of added detail, tasks and analysis.

The Crawler Skid is really cool, as it attaches to the object it wants to examine and can roll on the surface via a suction gadget, rather than the increased instability that comes from floating alongside the surface fighting ocean currents; although it can do that if need be.

The basic purpose of the vehicle is to go places which could be wearing out, but hard to get to and take a look at.