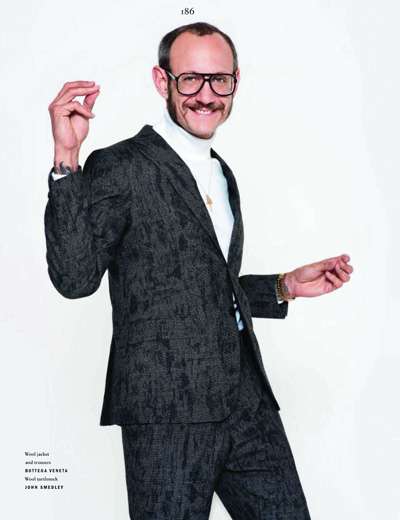 The photographer, who has captured many a celebrity and model in his portfolio of work and whose images often contain sexual subject matter, has made himself the focus of this simplistic editorial, which appears in the Vogue Hommes International Fall Winter 2011 edition. In the spread, he poses in stylish fall fashion from designers including Dolce & Gabbana, Bottega Veneta, Gucci, Tom Ford and Yves Saint Laurent, among others. The styles range from put-together suits in grey and black wool to a bath robe and motorcycle jacket.

Andrew Richardson, the Editor-in-Chief and Publisher of Richardson Magazine, was the talent behind the styling.
3.7
Score
Popularity
Activity
Freshness
View Innovation Webinars