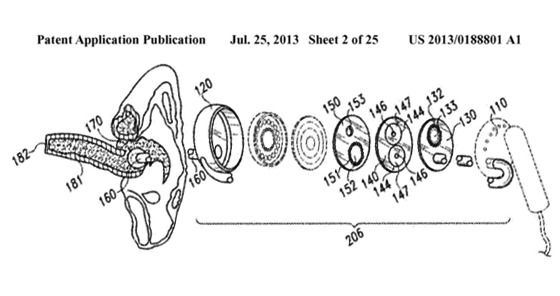 Vijay Mohan — March 10, 2015 — Tech
References: 1964adel & psfk
Share on Facebook Share on Twitter Share on LinkedIn Share on Pinterest
The RealLoud Earphones are the latest development in earphone technology, created by sound engineer and musician Stephen D. Ambrose and his company 1964 Ears. The RealLoud Earphones ADEL (Ambrose Diaphonic Ear Lens) technology acts as a "second eardrum" by absorbing most of the air pressure caused by loud audio. This result is a significant drop in eardrum damage and a richer, more vibrant sound.

By using the RealLoud Earphones, avid music listeners can safely ignore people who tell them to "turn it down so they don't go deaf." In December, RealLoud Earphones received enough funding through a Kickstarter campaign to start production.

Ambrose's company was also responsible for the "in-ear monitor," the ear-piece you might see musicians use on stage. The RealLoud Earphones are an extension of that technology. Those interested in getting RealLoud earphones have the option of either a casual-looking earbud, or a studio/stage design.
0.5
Score
Popularity
Activity
Freshness
Get Better and Faster