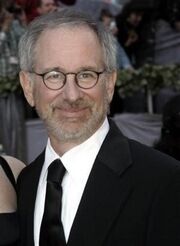 "All through my career I've done what I can to discover new talent and give them a start," said Spielberg, who also referred to the forthcoming show as "a much wider door."

A nationwide search will be conducted for 16 finalists who will be brought to Hollywood to demonstrate their skills. They will be divided into teams and asked to produce one short film each week. The films will cover a variety of genres, including drama, comedy and horror. Professional writers, actors and crew will be available. There is even speculation that Hollywood celebrities might appear in some of the films.

The films will be shown to a studio audience and a panel of judges from the industry, and aired on the show. TV viewers will decide which film is the week's loser, and the director of the losing film will be cut from the show. The final director will be taken to the DreamWorks studios and granted a film deal.

The show will air next season on Fox.
3
Score
Popularity
Activity
Freshness
Get Better and Faster