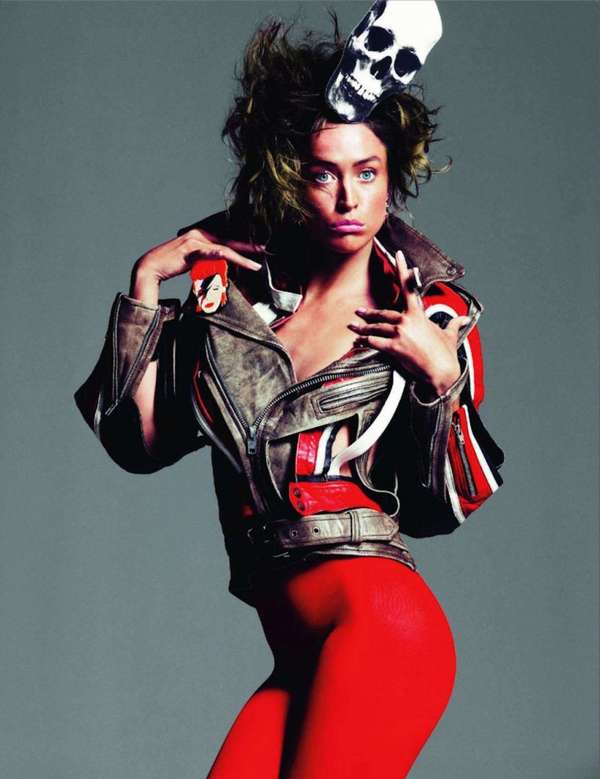 Marriska Fernandes — October 28, 2011 — Fashion
References: vogue.fr & fashiongonerogue
With Halloween lurking around the corner, it is time to embrace the dead, as does the Raquel Zimmermann Vogue Paris haute couture shoot. The shoot is as dramatic as the holiday itself, as each picture speaks a thousand words.

The entire shoot is pumped up by the mere presence of the skull sitting on Zimmermann's head. Styled by editor-in-chief Emmanuelle Alt, the shoot simply springs to life with the vibrant colors splashed by the vivacious collections that Raquel sports throughout the shoot.

The main highlight of this shoot-- which I simply love -- are the emotions expressed by the model. She is seen imitating a rock star with a guitar, emulating a steamy punk and a carefree party girl. The Raquel Zimmermann Vogue Paris shoot is so full of life that I can literally feel the adrenaline flowing.
4.5
Score
Popularity
Activity
Freshness