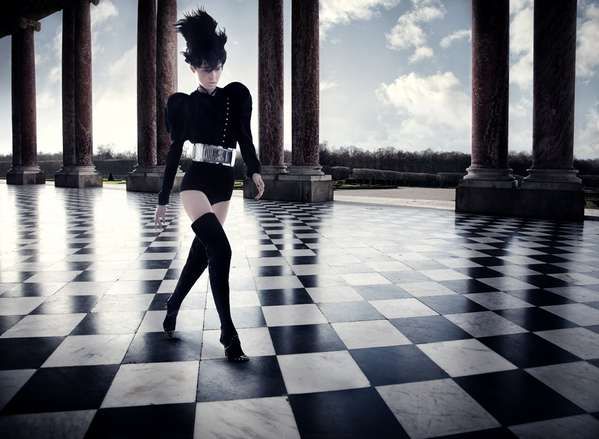 The Queen by Sebastien Vincent Series is Full of Dramatic Whimsy

Meghan Young — August 15, 2011 — Fashion
References: sebastienvincent & behance.net
Share on Facebook Share on Twitter Share on LinkedIn Share on Pinterest
It appears that even when this fashion photographer isn't necessarily focusing on fairy tales as his predominant theme, a fantastical element still reigns; take these photos in the series Queen by Sebastien Vincent as the perfect example. Although not as obvious as his Alice in Wonderland series, they do have a whimsically dramatic quality about them. From a glamorous knight in shining armor to a fierce, maze-trapped damsel, these images make me think of a number of myths and stories around which they could potentially revolve.

More than anything, however, the images in the series Queen by Sebastien Vincent are highly fashionable. The shoot was styled by Lorelen Magard, with hair by Mike Desir and makeup by Claire Raimbault.
5.2
Score
Popularity
Activity
Freshness
Get Better and Faster