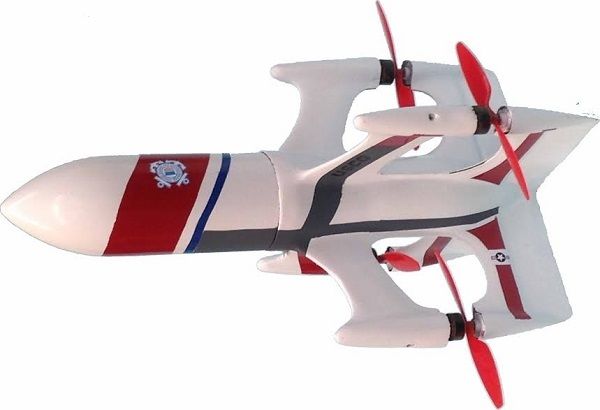 Joey Haar — August 4, 2016 — Tech
References: kickstarter & digitaltrends
Share on Facebook Share on Twitter Share on LinkedIn Share on Pinterest
The QuadRKT drone is an unmanned aerial vehicle that has its cake and eats it too. While most quadcopter drones sacrifice horizontal speed in exchange for the ability to hover, and virtually all hobby rockets can move super fast but in one direction, the QuadRKT drone's unique design allows it to have the best of both worlds.

The base of the QuadRKT closely resembles a standard quadcopter drone, with four propellers splayed at right angles from one another. However, the aerodynamic, missile-like tip changes the flight of the device so that, when flying horizontally, it can move far faster than its competitors. The basic concept is simple: when taking off, the QuadRKT flies "nose-up," but once it reaches adequate speed, its nose pitches downward into "missile mode." The result is a drone that's both precise and fast.
4.9
Score
Popularity
Activity
Freshness
Attend Future Festival