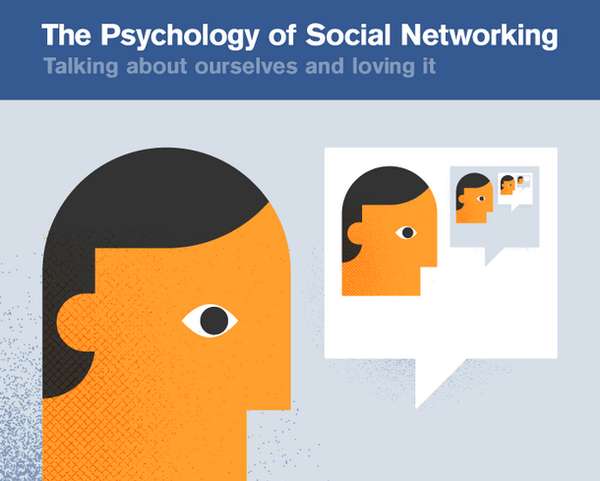 The Psychology of Social Networking Chart is Fascinating

Facebook is of particular interest to this piece of content, but other social networks are included in the statistics as well. Many people won't be surprised that social media, and its popularity, influence people's self-perception. This chart, however, highlights just how great of an impact these platforms really have. From exploring why people add friends to their social network lists to the way in which people so frequently post about themselves, few aspects are left behind in this chart.

Thorough, and acting as a good reminder that there is life beyond social media, this chart is a must-see for networking enthusiasts.
4.3
Score
Popularity
Activity
Freshness
Get Trend Hunter Dashboard