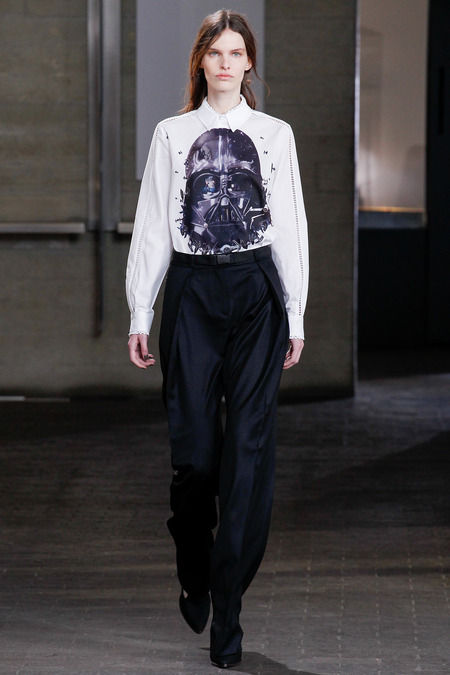 Laura McQuarrie — February 20, 2014 — Fashion
References: style & style.mtv
One of the most unmissable parts of the Preen Fall 2014 runway show at London Fashion Week was the patterned dresses and blouses sent down the runway with the menacing helmeted head of Darth Vader on them.

The looks were bold and fairly utilitarian, but the imprinted Vader faces were a totally unexpected addition to the collection. Looking around the face of the sci-fi villain, the garments were made up of tessellating and tumbling cube patterns, plus a few brights like oranges and reds. Some of the models even sported outrageous furry flap hats, but it was difficult to compete with Darth Vader's iconic headpiece.

Just like this Preen by Thornton Bregazzi show, for Fall/Winter 2014 Rodarte sent a number of Star Wars-inspired looks down the runway — geek is definitely chic this season.
2.8
Score
Popularity
Activity
Freshness