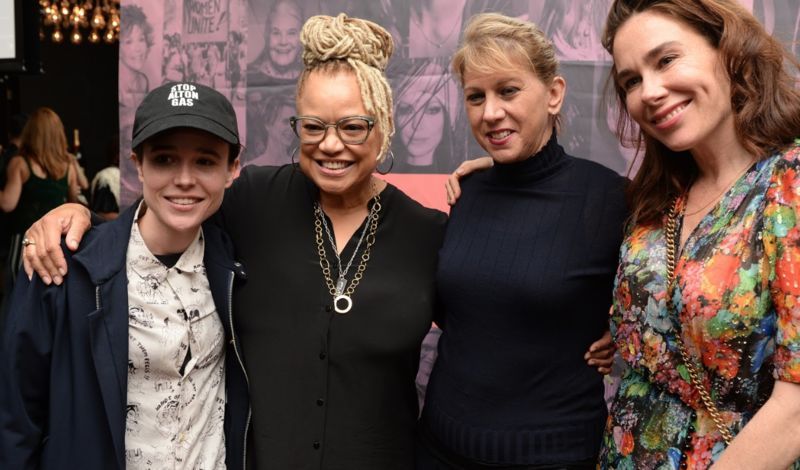 Panelists included ‘Harriet’ director Kasi Lemmons, ‘Instinct’ director Halina Reijn, and Ellen Page, who produced and directed ‘There’s Something in the Water.’ During the panel discussion, the three women spoke to their experiences making the films.

Lemmons, having made her directorial debut in 1997, considered the challenges of making a biopic in honor of one of America’s greatest icons. ‘Harriet,’ starring Cynthia Erivo, follows Tubman’s heart-wrenching journey, recounting her actions to liberate hundreds and escape slavery.

Reijin, a famed Dutch actress who made her directorial debut with ‘Instinct,’ faced a different set of challenges. The film sees a controversial plot that tells the story of a prison therapist, played by Carice van Houton, who falls for a patient: a convicted serial rapist. Throughout the discussion, Reijin spoke to her careful handling of the subject matter, highlighting her choice to never feature female nudity in the film, and explore gray areas that many deem taboo.

Page, having self-produced and directed her documentary alongside Ian Daniel, considered her growth as a new director, and how the experience differs from her previous work in film. Taking place in Nova Scotia, where Page grew up, the documentary explores the concept of environmental racism, in this case, how black and indigenous communities are disproportionately affected by environmental damage.

The panel discussion concluded with a celebratory glass of champagne, offered by Moët & Chandon. The French fine winery is auctioning off an exclusive bottle signed by celebrities at TIFF in support of the Share Her Journey initiative, which supports women in film, both in front of and behind the camera.
6.1
Score
Popularity
Activity
Freshness
View Innovation Webinars