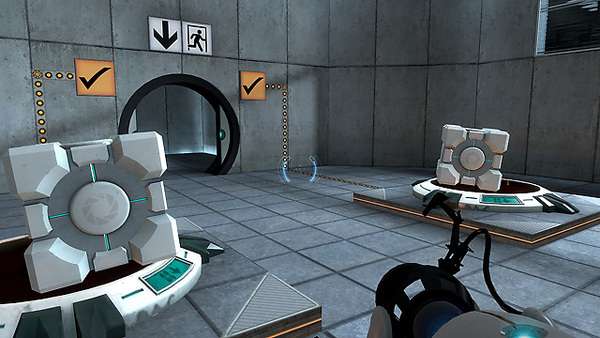 Despite having never played video games themselves, American legislatures continue to harangue modern games for having no artistic or educational value. Unfortunately for them, Portal seems to have escaped their periphery. With over 5-million copies sold, the first-person puzzler is among the most popular games available today. The premise is fairly simple: Without killing or harming anyone, the player must traverse various trap rooms using their portal gun, a 'weapon' that shoots alternating portals that allow players to bend the rules of physics.