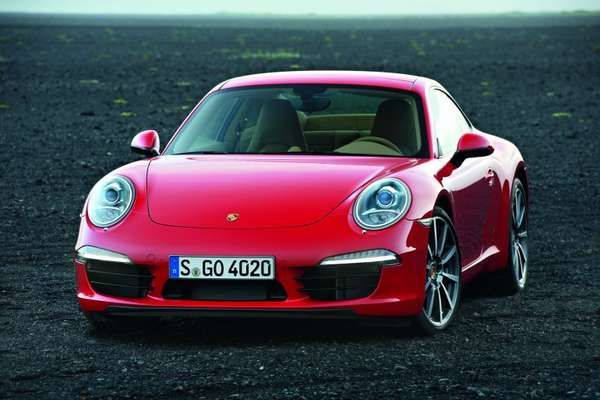 The Porsche 911 Carrera Redesign is Lighter, Better, and Cleaner

Jordan Sowunmi — August 26, 2011 — Autos
References: porsche & gizmag
Share on Facebook Share on Twitter Share on LinkedIn Share on Pinterest
The Porsche 911 Carrera redesign is an impressive undertaking by one of the auto world's biggest luxury vehicle manufacturers. 48 years after its inception, the Porsche 911 Carrera redesign aims to create a smarter, faster, lighter, and more economical luxury car, set to hit the market in December.

The redesigned Porsche 911 Carrera will make its public debut at the prestigious Frankfurt Motor Show in September of 2011, and the car is unlikely to disappoint, equipped with amenities that would make any auto enthusiast drool. The redesigned Porsche 911 Carrera will be be 45 kg less than the original, feature a wider rear spoiler which will allow for increased aerodynamics, and consume less gas thanks to a series of environmental advances including auto start and stop, thermal management, and electro-mechanical power-steering.

The redesigned Porsche Carrera 911 will retail at between $90,000 and $110,000 USD when its released in December.
2.9
Score
Popularity
Activity
Freshness
View Innovation Webinars

33 Couture Cruisers for Cyclists
From Luxury Electric Bikes to $100,000 Bicycles