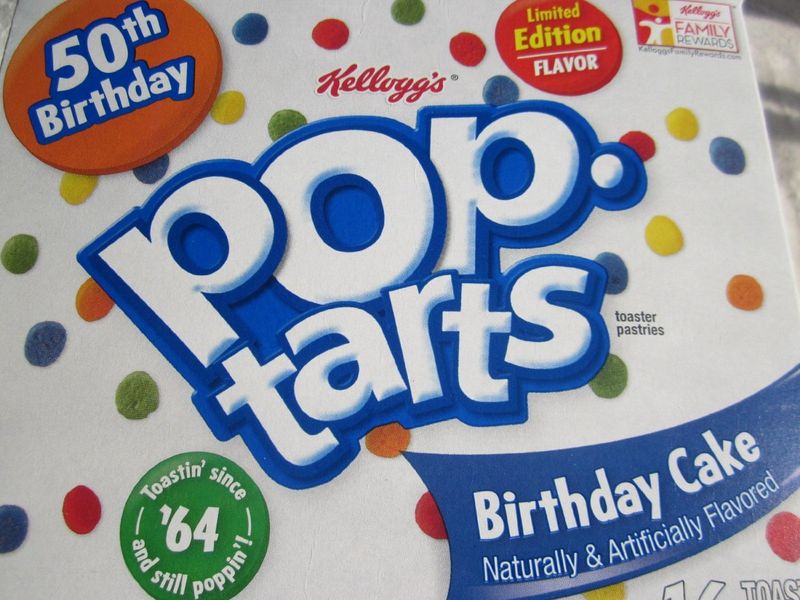 Mesel Isaac — October 1, 2014 — Lifestyle
References: amazon & neatorama
In honor of Pop-Tarts' 50th anniversary, Kellogg's is inviting fans of the iconic breakfast pastry to celebrate along with them by releasing a new limited-edition Pop-Tarts flavor.

On one's birthday, it's customary to eat cake and it would appear that the same rules apply even if you're a company. So, for a limited-time only, you can now purchase birthday cake-flavored Pop-Tarts. As far as taste goes, one reviewer positively stated that it "tasted like licking a bowl of cake batter." In addition to selling Birthday Cake Pop-Tarts, Kellogg's is also re-releasing the popular Milk Chocolate Graham Pop-Tarts.
0.7
Score
Popularity
Activity
Freshness