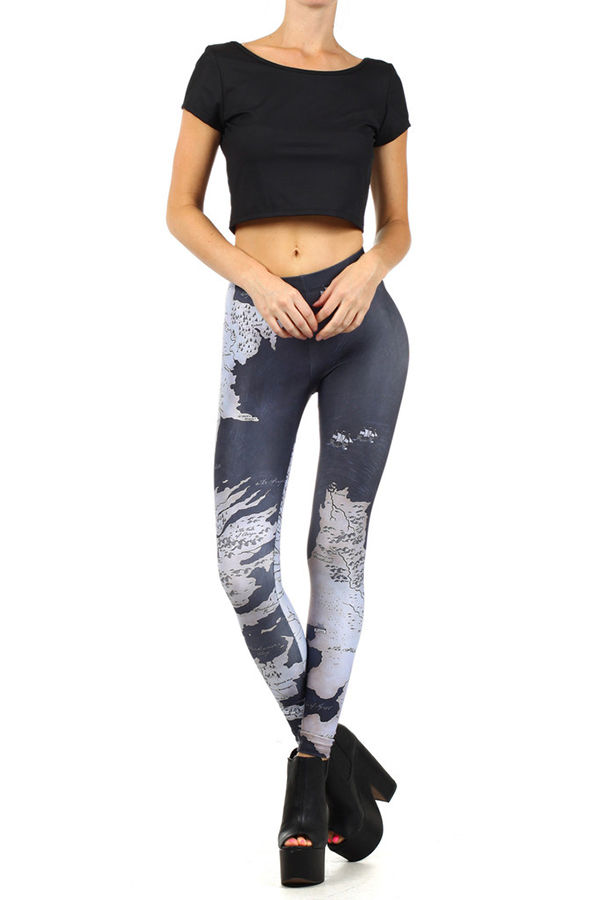 Lacey-Jane Walsh — January 23, 2014 — Pop Culture
References: poprageous & fashionablygeek
Share on Facebook Share on Twitter Share on LinkedIn Share on Pinterest
Film and TV buffs might appreciate these bold pop culture leggings, produced by a company called Poprageous. The leggings in this collection were inspired by video games, HBO programs, creepy Disney classics and more. While this collection targets teens and tweens, 20-something females will also likely be tempted to flaunt their love for these pop culture productions.

One pair of these pop culture leggings have been covered by the map of Westeros, which is something Game of Thrones fans are guaranteed to enjoy. Another pair appears to be partially covered in flames, and mockingbirds in honor of The Hunger Games series. Other eye-catching designs include the Pac-Man leggings, and the Tim Burton-style Nightmare Before Christmas pants.

These decorative leggings will help girls stand out in a crowd, while encouraging pop culture conversations.