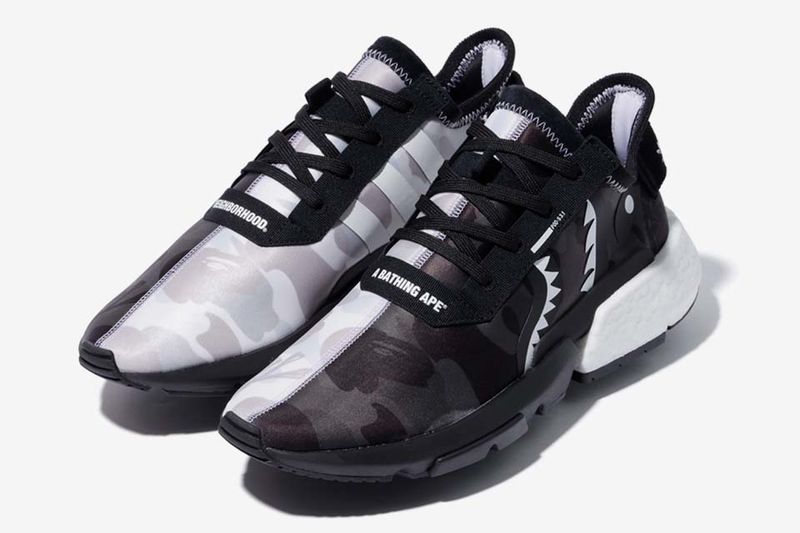 The POD-S3.1 sneakers boast a symmetrically split design down the middle, with one side finished in a white base and the other in a black foundation. There are branding accents in the form of 'Three Stripes' and the shark emblem over the sides -- it is complete with a black tonal lacing system. The NMD STLT sneaker is adorned in graphics that read "NBHD" and "BAPE" over the uppers and "東京" on the flap, which directly translates to 'Tokyo.' This model has adjustable closures using a matching tonal chord system.
5.9
Score
Popularity
Activity
Freshness