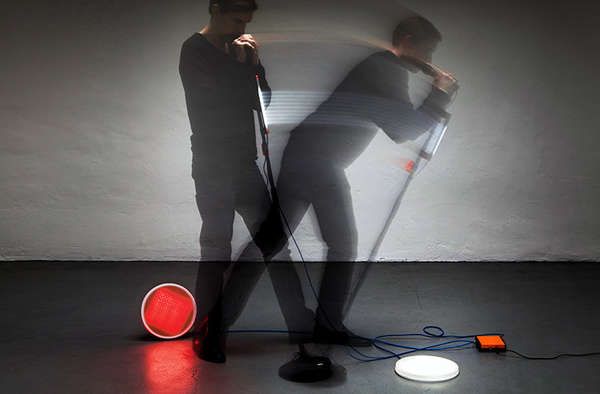 Meghan Young — July 18, 2013 — Art & Design
References: fastcodesign
Share on Facebook Share on Twitter Share on LinkedIn Share on Pinterest
Plug + Play is an ingeniously fun kit that instantly gives a one-man music show the stage presence of a big band. In particular, it targets electronic musicians whose full creative force is often expressed behind closed doors in a studio. The mastermind behind the Plug + Play kit, Neil Merry, a recent graduate of London’s Royal College of Art, reasons that they are very much "unlike a guitarist or vocalist who can command a stage and create a sense of visual drama."

The Plug + Play kit gives these artists an upper hand. It is comprised of four sensors that connect to any part of a live set (guitar, microphone, etc) as well as a standard music software that responds to the musician's specific movements. Complete with lights, it will rock people's worlds.
1.9
Score
Popularity
Activity
Freshness
Get Better and Faster