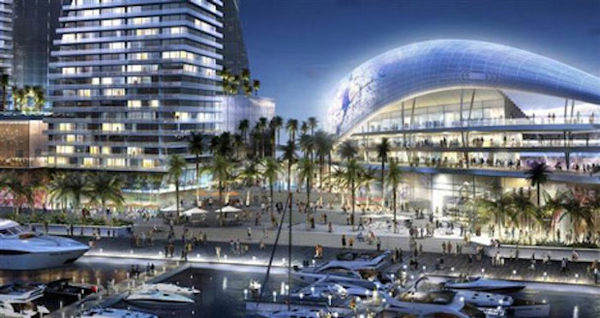 David Beckham Unveils His Design for a Miami Seafront Stadium

The Miami Seafront Stadium will contain 25,000 seats for Miami's new Major League Soccer team that he owns. Situated on the Miami waterfront, this state-of-the-art facility was designed by Arquitectonica and 360 Architecture. The stadium is positioned in a way that enables fans to have a gorgeous view of downtown Miami skyline in the backdrop.

The bowl-shaped stadium will sit on 14.5 hectares of the Port of Miami, which is home to world's busiest cruise ship terminal. A series of accompanying facilities such as shops, a nightclub, restaurants, an outdoor screening venue and even a possible football museum may be included.

"When people think of Miami, they immediately think about being near or on the water. I asked my team to develop ideas for a stadium that embraces the best of the destination," said Beckham in a statement, and he delivers that vision for the fans.
1.6
Score
Popularity
Activity
Freshness
View Innovation Webinars