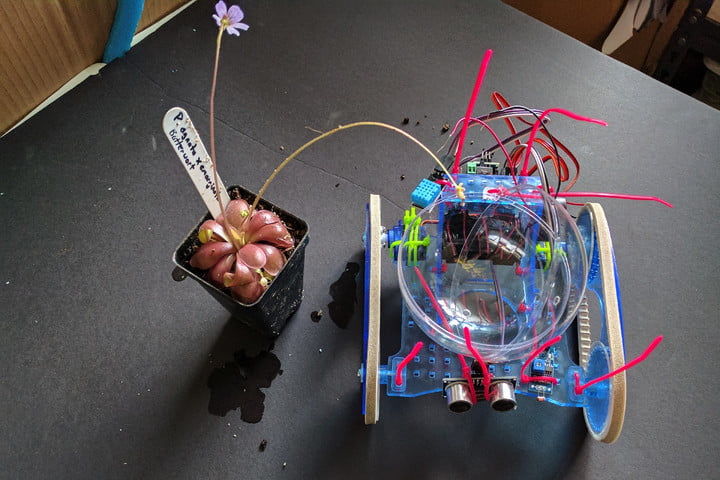 The 'Plantoid' Acts Like a Roomba for Your Indoor Plants

Ellen Smith — September 1, 2017 — Eco
References: plantoidproject.eu & digitaltrends
As even the most avid of green thumbs know, creating an indoor environment in which plants thrive can be a difficult task, so the 'Citizen Scientific Workshop' developed 'Plantoids,' a sun-seeking bot that ensures one's greenery soaks up the optimal amount of sunlight.

Acting like a Roomba for indoor greenery, this autonomous bot can detect and roll toward sunlight. Using smart sensors, the device tracks down the best conditions for the plant it's carrying. To use the Plantoid, users simply strap a plant onto the bot's integrated holding compartment.

The DIY bot is available as a Kickstarter kit, which hopes to serve as a fun project that encourages users of all ages to interact with the natural and scientific worlds.
4.6
Score
Popularity
Activity
Freshness