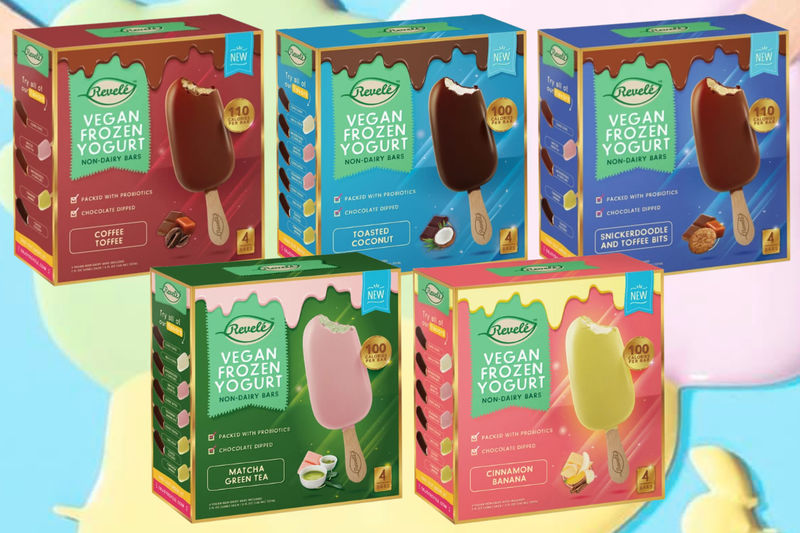 The Revelé Plant-Based Frozen Yogurt Bars are Covered in Chocolate

The new Revelé Plant-Based Frozen Yogurt Bars are a plant-based alternative to other frozen yogurt dessert bars. Each of the Revelé bars are made from a frozen yogurt that consists of organic coconut milk, organic almond milk, and probiotics. The bars are also covered in vegan-friendly chocolate and sweetened with allulose, which is a naturally occurring rare sugar. According to the brand, allulose is absorbed by the body, but not metabolized, which results in fewer calories.