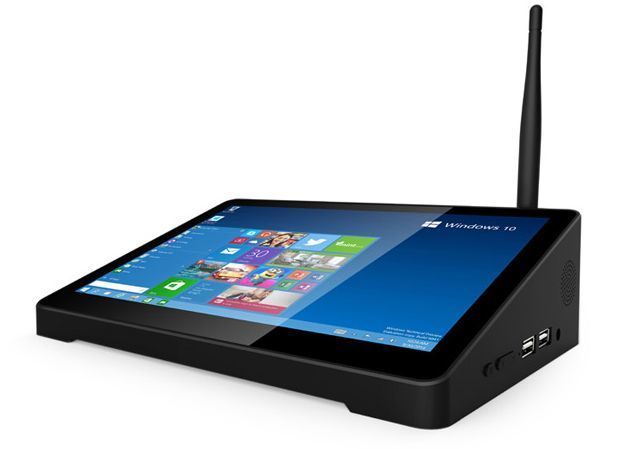 The Pipo X9 is One Half Tablet and One Half Desktop

Michael Hemsworth — September 15, 2015 — Tech
References: gearbest & liliputing
Share on Facebook Share on Twitter Share on LinkedIn Share on Pinterest
It usually goes that you make a choice between whether you're going to go with a tablet or a desktop when it comes to buying a new computing device, but the Pipo X9 looks to give consumers a crossover between the two devices. An interesting mix of being desktop-based but with a touchscreen, the Pipo X9 resembles a tablet in some sort of cradle, yet is anything but. Featuring a 8.9-inch display, the Pipo X9 has a hi-def screen as well as a Intel Atom Z3736F Bay Trail processor for a faster user interface that's running both Windows 10 and Google Android 4.4 for your convenience.