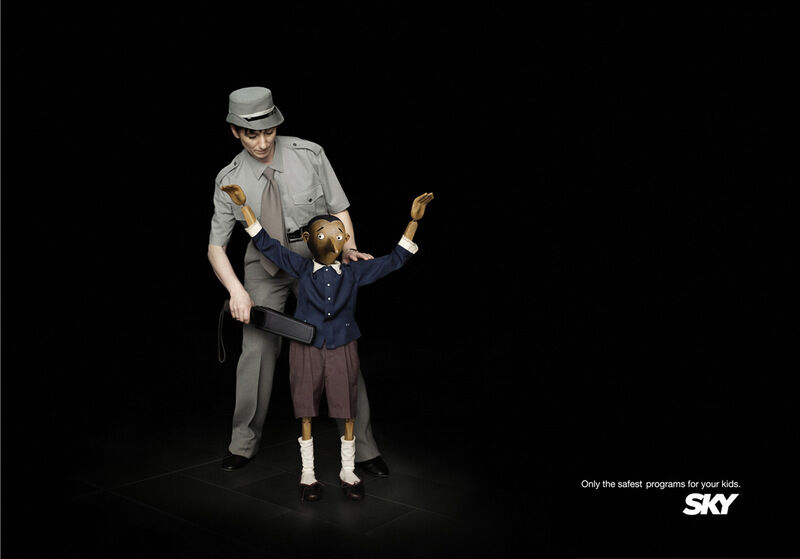 mediterranean — July 22, 2008 — Pop Culture
References: adsoftheworld
Share on Facebook Share on Twitter Share on LinkedIn Share on Pinterest
This SKY Satellite TV ad campaign is a good example of a brilliant idea, with great potential, that has been beaten to death and overused in the same campaign. The ads use children's favorite fairytale characters, such as Little red riding hood and Pinocchio, being scanned with a metal-detector by security guards to communicate that SKY Satellite TV plays, "Only the safest program for your kids."

First off, I think it's a very cool idea, and the look on Pinocchio's face is just priceless. My issue is that the exact same implementation of the idea is used in all three ads, with Princess being the third character. I think it would have been much more interesting if the ads had variations of the general concept besides the metal detector; removing the shoes, frisking the character,... etc.

Maybe this won't be such an issue when people see the ads separately in magazines, and not as a collection.

The campaign is created by 1861United Milano, with art direction by Peppe Cirillo, copy by Vincenzo Celli, and photography by Andrea Melcangi.
2.1
Score
Popularity
Activity
Freshness
Get Better and Faster