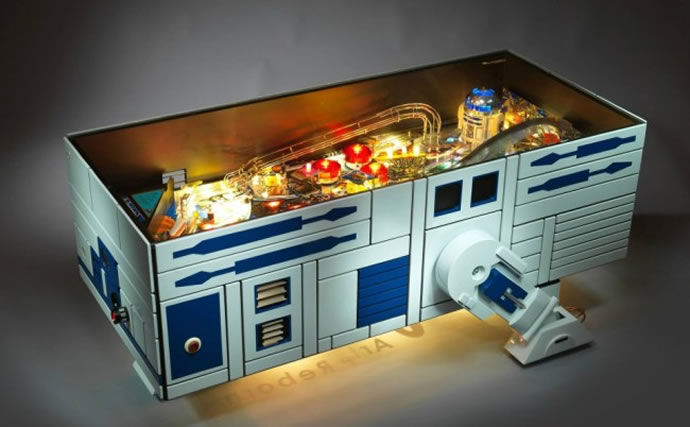 This R2D2 Pinball Game Machine Doubles as a Coffee Table

The incredible design has a glass table-top that lets users see in, providing a visually exciting decoration as well as an entertaining game. With flashing lights, levers and balls, the game is fitted inside a low coffee table that can be used to set drinks on as well.

The galactic game was designed by ALTAR furniture, which used a decommisioned pinball machine from 1991 as its base. The spectacular design won the hearts of Star Wars fans everywhere but also a design award in Milan. Though many Sci-Fi fans would love to have this pinball game machine in their living room, the multipurpose detailed coffee table costs $13,000.
4.1
Score
Popularity
Activity
Freshness
Jeremy Gutsche Keynote Speaker