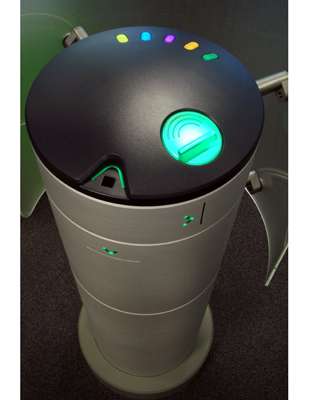 Pillar ATMs Designed for the Illiterate in Developing Communities

Constructed with the rural environments of India and China in mind, the Pillar ATM is (almost) entirely text-free and uses fingerprint biometric scanners in lieu of a wordy interface.

With security playing a pivotal part in its design, the new Pillar ATM is shaped to minimize spots where a crowbar or power tool could be applied to force it open. In fact, the entire machine is capable of collapsing in on itself if damaged or meddled with.

Considering the time-tested utility of liquid cash, one might ask what use illiterate customers have for an ATM, keeping in mind the lengthy start-up process. This seems to be the largest bulwark to NCR's success in the region, but if they prevail the company stands to radically change the way money is exchanged in the developing world.
1.7
Score
Popularity
Activity
Freshness
Get Better and Faster