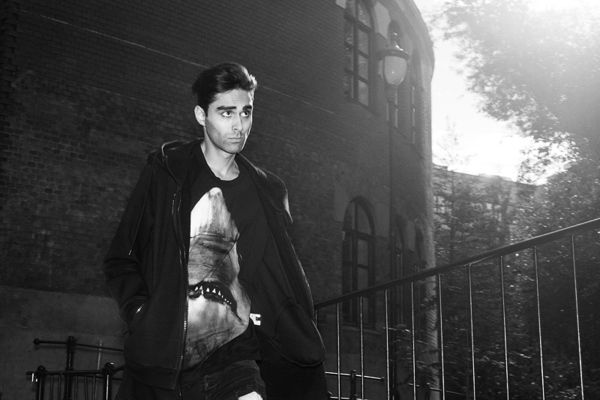 Anne Booth — October 3, 2013 — Fashion
References: olemartinhalvorsen.no & behance.net
Share on Facebook Share on Twitter Share on LinkedIn Share on Pinterest
These urban editorial looks capture photos of ‘Sam’ as he explores buildings and alleyways. The photos have him wearing winged sneakers that fit the vibe of the photo shoot, as the looks are sporty but also have a high-fashion appeal to them as well.

The photos of ‘Sam’ show the male model dabble in black fall jackets, folded up over his mouth. In one photo, he sits in front of a door frame covered in graffiti. With dark hair and dark eyebrows, the model’s features really stand out within the black and white photography shots. The model also leans on the edges of the city, with circular glasses on, the camera angle looking up at his chiseled face.

Overall the photos of ‘Sam’ capture a great city vibe in both black and white and colored photos, using the cityscape in order to show the clothes off.

Eccentric Desert-Ready Editorials
The Vegabond Style:Men is Eclectic and Over-the-Top