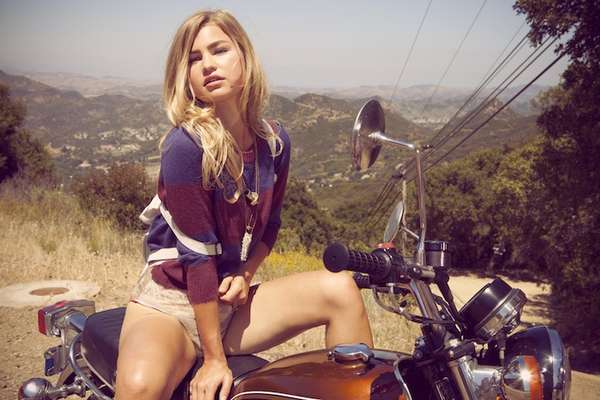 Sarah Robson — May 25, 2012 — Fashion
References: susannekindt & crephoto.net
Photographer Susanne Kindt’s captures feminine poses in this collection of shoots. These photos by Kindt show female models in various positions. In some, the models appear soft and delicate and in others, they are seductive temptresses. Kindt’s photos show the power of women as sexual beings, and the photos are taking in a variety of locations. In one photo Kindt shows two girls walking along the sand in a delicate beachy shot, and in another she shows a model seducing the camera in a grafittid garage. The female models are the focal point and centre of attention in each shot.

Kindt is originally from Stockholm, Sweden but in 2005 moved to Los Angeles, California where she assisted photographers like Michael Haber, Craig Cameron Olsen, Miranda Penn Turin and Cliff Watts.