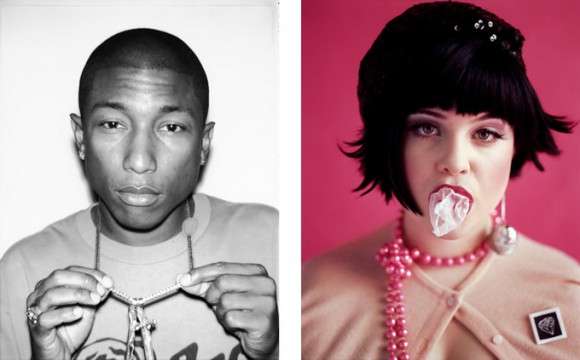 Jordan Sowunmi — December 23, 2011 — Fashion
References: colinlane & whitezine
Share on Facebook Share on Twitter Share on LinkedIn Share on Pinterest
Rockstars have a special place in our popular culture as representative of rebellion, creativity and style, but they would not have that reputation without people like English photographer Colin Lane behind the lens, capturing them in ways that reveal their character while also deifying them in stylish fashion.

As a photographer, Colin Lane splits his time between two major musical hubs -- New York and London -- and over the course of his career, he has shot some of the music industry's best and brightest, including the Kings of Leon, Pharell Williams, The Black Keys, the Killers, Ryan Adams, and the Kooks.

As a photographer, Colin Lane's best skill is his ability to capture a celeb's facial expression that matches their public persona of the time. My favorite image in his collection features wildly prolific and perpetually controversial rockstar Ryan Adams screaming at himself in a bathroom mirror. Lane does an excellent job of revealing Adams' inner turmoil and battle with himself with the lone image. It's photographs like this that show exactly why Colin Lane is one of the most coveted celebrity portrait shutterbugs in the industry.
5.9
Score
Popularity
Activity
Freshness
View Innovation Webinars