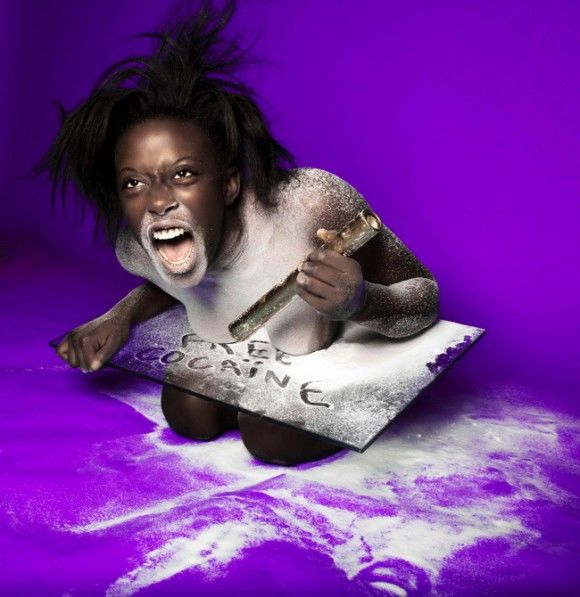 Philippe Shangti, who resides in Saint Tropez, has photographed models in a way that mocks pop culture today. The models in his photo series are seen, posing with less-than-innocent items such as cocaine, naughty toys and rolled up money. The series, which showcases pieces called 'Sexual intentions,' 'No Cocaine' and 'Paris Hilton,' is extremely sexual.

The series also features bondage to hide nudity with film strips, ribbons and neon-colored straws. Additionally, items that are seemingly innocent, such as rubber duckies and Barbie dolls, are given a more sensual meaning. Philippe Shangti also had written on the models words such as 'No Cocaine Here' and 'Neverland,' which related to the message he wished to express in his photography.

Philippe Shangti is one artist that clearly is not scared to mock what pop culture has become in society today.