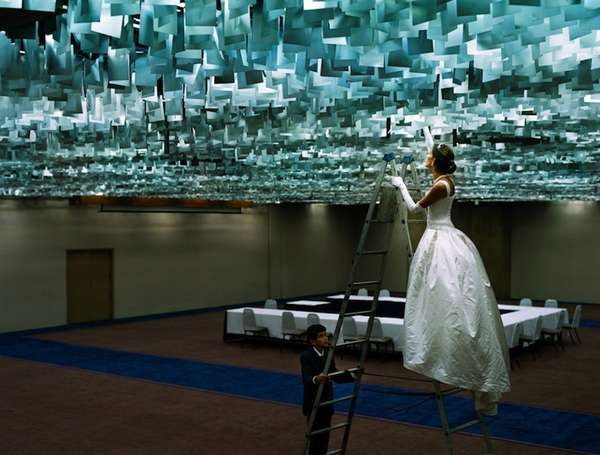 Philip-Lorca diCorcia is the Father of Staged Photo Shoots

Meghan Young — March 29, 2011 — Fashion
References: thecollectiveshift & trendsnow.net
Share on Facebook Share on Twitter Share on LinkedIn Share on Pinterest
According to his biography, Philip-Lorca diCorcia is seen as the first photographer to establish the staged, fictional approach to creating images. Looking through his impressive photography portfolio, I'm not so surprised at this bold statement due not only to his amazing captures, but also to the skill and talent that is clearly behind each.

Having studied photography at the School of the Museum of Fine Arts in Boston, Philip-Lorca diCorcia went on to achieve an MFA at Yale. From there, he began to shoot friends and family in choreographed settings only to branch out to street photography soon after.

Since then, Philip-Lorca diCorcia has held both public and private exhibits around the world. His work as been featured in publications such as W Magazine, with Bottega Veneta, Adobe and Fendi as his clients.
6.1
Score
Popularity
Activity
Freshness
Jeremy Gutsche Keynote Speaker