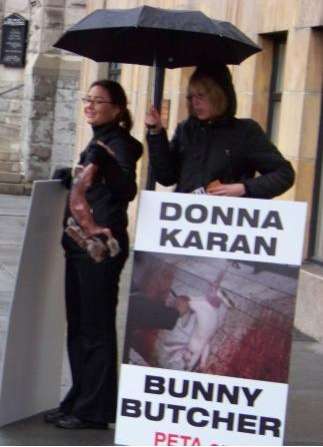 Ayman — January 18, 2009 — Social Good
References: ecorazzi
Remember when PETA activists crashed the Donna Karan DKNY 20th anniversary show a few months ago? Well, it seems that their efforts worked, because Donna Karan has announced that she is not using fur in her fall 2009 collection. She also has no plans to use it in any future collection.

The announcement comes a few days after PETA launched a special site, DonnaKaranBunnyButcher.com, which has gone offline since the announcement.

I am guessing Karan did not think the title of “The Bunny Butcher” will be good for business. Another possibility is that a video recently sent to her by fashion guru Tim Gunn, in which he narrates for PETA, opened her eyes to the violent and barbaric practices of the fur industry.
1.7
Score
Popularity
Activity
Freshness