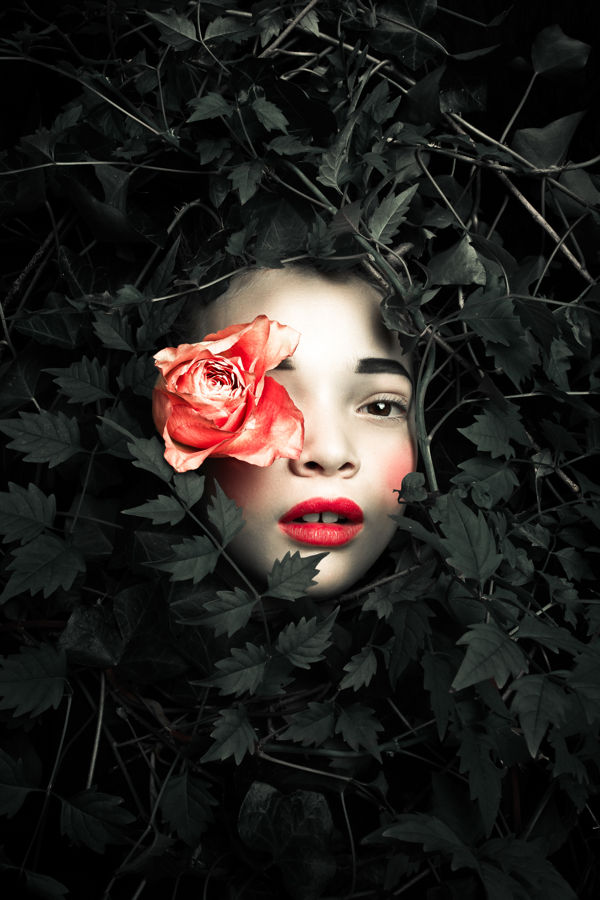 Persephone by Max Eremine Takes on the Changing of Seasons

Meghan Young — December 6, 2013 — Fashion
References: maxeremine & behance.net
Share on Facebook Share on Twitter Share on LinkedIn Share on Pinterest
Persephone by Max Eremine, a photographer based in Atlanta, Georgia, is a series of photos revolving around the Goddess of Vegetation. She has been personified through child model Berkeley Clayborne for, appropriately enough, the Child Model Magazine December 2013 issue. Focusing more on the changing of seasons, which the daughter of Zeus and the harvest-goddess Demeter is said to be a part of, the looks featured throughout are all inspired by nature.

From vibrant roses to sheer head-coverings and dark eyeshadows, Persephone by Max Eremine transforms the beautiful little girl into a myriad of muses with the help of makeup artist and hair stylist Maraz. Captured in studio against a black backdrop, the images are breathtaking. This is due in large part to the striking beauty of the young model herself.
5.4
Score
Popularity
Activity
Freshness
Get the 2021 Trend Report FREE