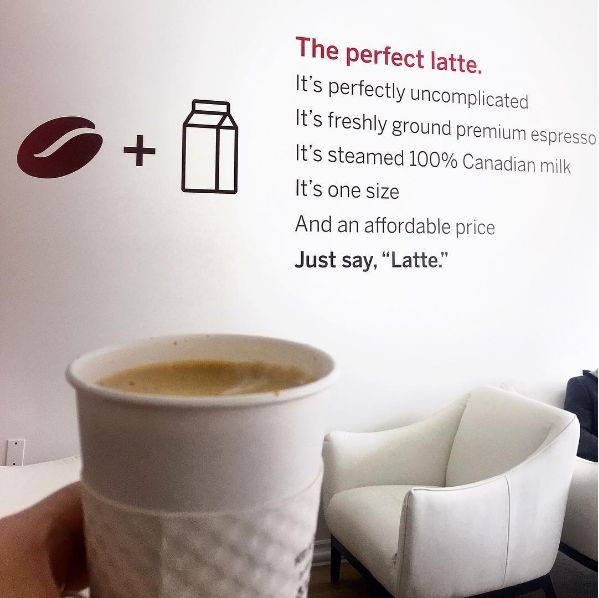 Katherine Pendrill — April 19, 2017 — Marketing
References: facebook & dailyhive
This month, residents of Toronto's hip Queen West neighborhood began buzzing about a new coffee shop called Perfectly Uncomplicated Lattes. While the minimalist decor and millennial-friendly branding might have suggested the shop was an independent business, the cafe was in fact a pop-up created by the ubiquitous Canadian chain Tim Hortons.

Perfectly Uncomplicated Lattes was set up in early April and was an immediate hit among neighborhood residents. Reviews of the cafe praised its sleek, minimalist aesthetic, as well as its carefully crafted lattes. The chain even decorated its walls with the phrase "The perfect latte" to emphasize its signature drink.

It was only this week that Tim Hortons revealed that the cafe was in fact a pop-up opened by the chain and that the lattes served there were the very same lattes one would find at any other location. The clever publicity stunt underscores the notion that lattes don't need to be complicated and Tim Hortons' lattes are just as delicious as those served at some of Toronto's hippest cafes.
7
Score
Popularity
Activity
Freshness